Vive LaFrance: Life as I know it

Acromegaly: Issue 645: The Tale of 5 Surgeons 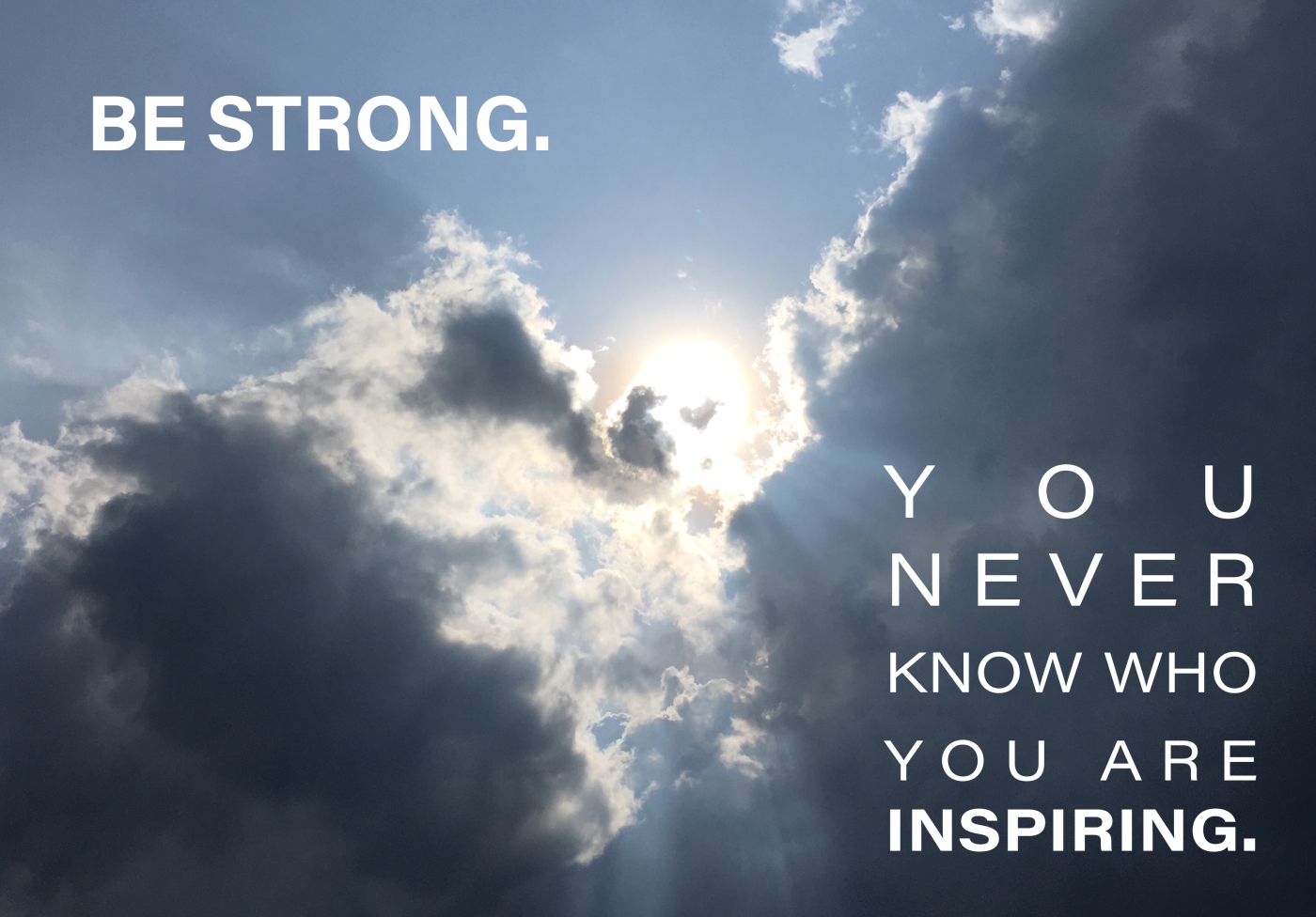 When health storylines approached me about being an ambassador for Acromegaly, I had already done a months worth of acro posts in 2016. All the beginner stuff. Please scroll through. You can find what you’re looking for but after the initial diagnosis and treatment is that all? Nope. It is never ending. At least for me and so many others. The story needs to be told and in it’s entirety.

Acromegaly: Issue 645
Diagnosis 5 to 8 years later than I should have — typical — pretty sure the average is still 10 years. So — what grew? Facial tissue — hands, feet, ya know the only symptoms talked about. But what else? …organs and of course bone. Bone grew. There are seven bones that make up the skull… Did you know that? And when pressure changes they all shift and swell — what if the space between the suture lines is gone? Now, that’s a “headache“ — banging tectonic plates. You’re very own earthquake on the daily.  It was the first bone growth I  truly felt  — dents and divots from muscles being pulled — yeah fun stuff.

But how different do I look!? What am I noticing? Hmmnnn… at night I bite my tongue (for 10+ years). On the right. That’ll wake you up with a start. But what does that mean? It means my tongue grew. Fabulous, I know! My teeth started separating — ya know all those “famous“ people known for their front teeth gap?… Gotta say, “not thrilled.” So how much did my head grow? Years start to roll by and I begin to realize I’m favoring my left side for chewing. Then only four teeth touch, back left. SERIOUSLY! It took so long to notice these changes. I guess it’s just the day-to-day of it.

My headaches are terrible – my jaw has uneven pressure. The muscles of your jaw go right past your ears up to the top of your head. Once again, my most predominant acro-symptom is Migraine. My neurologist was ready for me to consult a Maxillofacial Surgeon. You know, a Jaw surgeon who does more than pull teeth.

So where does that leave me? Why am I telling you this? Because information is power and you have to stand up for yourself! That’s two important things because all the changes in our body aren’t our only fight. The other, medical professionals. How wrong is that!?

Surgeons have a bad rap for good reason (of course this does not apply to ALL surgeons) but the stereotype has it’s validity. I’d like to express my feelings, well, politely. Rather than my, sometimes, preferred way….*#@!!

Surgeon #1 Dumped me on an orthodontist. “Maybe we can do something less severe and position teeth to touch on the right side with just a few braces. Truth — he didn’t want to bother with Medicare. Can you spell M.O.N.E.Y. Oh and he is a “famous“ surgeon so I learned I need to be aware of this “title” and weigh their words. When you stop to think about it, my jaw grew, how are we going to fix this with 4 braces on the back right?

A new dentist said to go for a second opinion. DUH! Why didn’t that cross my mind. Not like me to miss options like this, but it happens.

Surgeon #2 Promises me he will do EVERYTHING in his power — LIAR!! At this point I had more than just Medicare. I was also on my husband’s insurance. The surgeon wasn’t part of it. He threw me under the bus. Again, he wouldn’t get paid so he actually submitted paperwork. Sidenote: why wouldn’t he just call and say “I can’t get you coverage because I’m not on your insurance plan? I’m sorry. I said I could help, but I cannot.” He actually wrote everything against me. Writing, I’ve had a problem for one year, Advil didn’t help the TMJ and patient wants surgery. Of course this was denied. First off, he knew the one thing my insurance would not cover was TMJ. I handed him the paper stating exactly this… but Advil, really.  Most importantly, nowhere was acromegaly listed. This is extra, super-duper, important. Not to mention it was 10+ years in the making. Ask it first and foremost (I had, but he already dropped me). Will you write, “rare disease, acromegaly, GH tumor?” If not, walk out.

Positive take away: he recommended the best, most amazing orthodontist. She is one of the best people I have ever known (I am sure to tell her this regularly — tell the great ones often  — they are never thanked).

Surgeon #3. First off  – LOVED him. His bedside manner, compassion, agreement that first and foremost insurance must read “rare disease — acromegaly.” However, my husband‘s insurance was notorious for dragging their feet. Surgeon #3 informed me that at first rejection the hospital will do a flat rate, upfront fee of 12K—um, yeah I don’t have $1200 or even $12.  Frustrated is an understatement but I am not done.

Surgeon #4 I mentioned my amazing orthodontist. She called a dental school friend who is part of practice about three hours away. He had the youngest partner see me on December 23rd. He said “I’d do it pro-bono but I have partners… Let me see what they say.” Eventually I received a letter. He offered to do the surgery for $1K but I would have to schedule with the hospital, find an anesthesiologist and all the rest – WHAT?! I tried. I really tried. No one would talk to me. His office should have handled it. Does that mean his offer wasn’t genuine? I kind of think he was genuine, but it was too much trouble to help me so he found a way to make me quit.

I Quit Him. I Did Not Quit Searching.

Surgeon #5 Let’s try again…Call insurance company for a list of surgeons — that actually do this major surgery. Find one. Agree they take Medicare. Come in. He actually told me he would do this surgery if I was in an accident, but rare disease — no, not enough money. He also told me — it’s not that bad and to get over it. What! I actually thought maybe it’s fine then quickly said NO!

Two and a half years in I receive a sales call from Aetna PPO working with Medicare – cost me more for my doctor co-pays – I’m done, but he said wait, if you need surgery… STOP! Hold the phone! Is surgeon #3 on the list?  Why yes, yes he is!

I started this journey into 2015. I had surgery December 4, 2017.  I was happy to give up Christmas festive foods or talking much. My prince of a surgeon. God bless him. Of course there’s more to it than just having surgery and it is not over by a long shot but I’ll share that in another post.

You have to know all of it to understand it.

FIGHT FOR YOURSELF.
FIGHT BECAUSE YOU ARE WORTH IT.
Fight to help those who just can’t wrap their heads around five doctors. I know it’s exhausting but it’s worth it. I am worth it. So are you.

After initial treatment, you don’t hear about all the other things that come up. I have so much more to share. I’d love to hear from other Acro patients. What showed-up for you that came from acromegaly, yet to some ie doctors, so far removed?

You really need to track your symptoms. Sit quietly and self-check….what’s different? It may take a while to pinpoint what’s different but you’ll figure it out so keep going!

Tracking your symptoms can lead to earlier realizations on your part or your doctors. Health Storylines is working to help people like me and you track symptoms uniquely ours and those that overlap. Have you downloaded the app yet? Use my link to download the app!